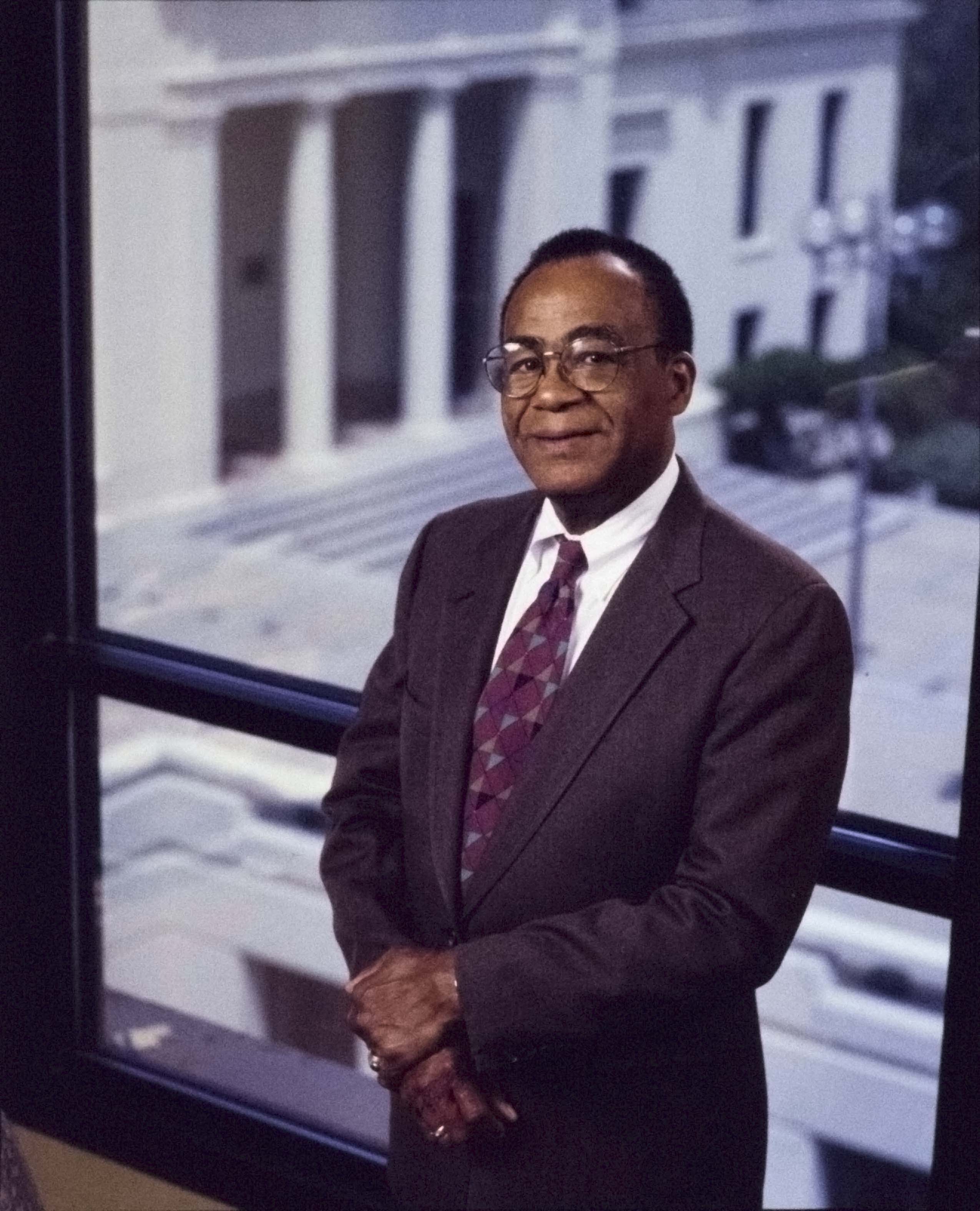 Occidental College President Emeritus John Brooks Slaughter is currently a professor of engineering and education at USC and president and CEO of the National Action Council for Minorities in Engineering. Originally trained as an electrical engineer, he has spent the last four decades as a leading advocate to increase the number of people of color in scientific and engineering fields. His distinguished career has included service as the first African American director of the National Science Foundation, chancellor of the University of Maryland College Park and 11 years as president of Occidental, where he helped shape the College’s current mission and make it one of the most diverse liberal arts colleges in the country. President Slaughter earned his Ph.D. in engineering science from UC San Diego, an M.S. in engineering from UCLA and a B.S. in electrical engineering from Kansas State University.