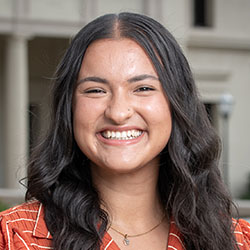 Jaya Duckworth ’23: Jaya is a diplomacy and world affairs major from Seattle with a minor in gender, women, and sexuality studies. She is committed to making our education system more equitable, especially for women and girls of color. Over the last three years, she has served as an Education Rights Legal Intern for Public Counsel, a Policy Research and Advocacy Intern for the Justice for Girls Coalition for Washington State, and as a member of Oxy’s Diversity and Equity Board and Equity and Justice Committee. Jaya is excited to learn through the Obama Scholars Program how to channel her own passion for racial and gender justice into a career that creates social change for marginalized youth. She plans to pursue law school or a Master’s in Social Work after Oxy. 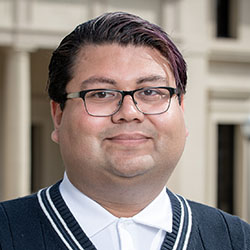 Lorenzo Vargas ’23: Lorenzo is a first-generation English major and community college transfer  student from Los Angeles who wants to create equitable opportunities for low-income students. Lorenzo worked in a food processing factory and witnessed hazardous working conditions before enrolling at East Los Angeles College and joining the John Delloro Transfer Program in Social Justice. These experiences furthered his interest in increasing social mobility for low-income students. While at East Los Angeles College, Lorenzo served as an unofficial tutor and mentor, managed a food pantry, and founded a Japanese Learners’ Club before transferring to Occidental in fall 2021. This summer, Lorenzo will be interning with Friends of the LA River as well as participating in the Obama Scholars Program. Lorenzo aspires to become an educator and mentor in the future, helping students from under-resourced backgrounds obtain excellent educational opportunities. 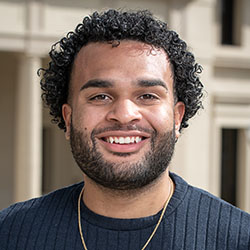 Deandre Ortiz ’24: Deandre is a politics major from Fitchburg, Massachusetts, who wants to close the education gap between low-income and more affluent students. As Senior Intern for the State Senator of the Worcester and Middlesex district of Massachusetts, Deandre helped make COVID-19 vaccine distribution more accessible and equitable for low-income families and worked as a translator and advocate for Spanish-speaking constituents. Deandre has also served as the Associate Director and Director of Academic Achievement for Above the Rim Training, an organization which promotes the player and character development of student athletes. Deandre describes himself as a bridge builder and is excited to participate in a program named for his favorite president, Barack Obama. He plans to attend law school and run for public office after graduation. 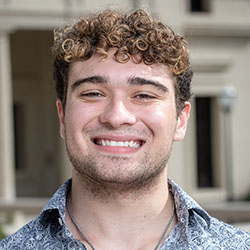 Zander Patent ’24: Zander is a sophomore from Chicago planning a double major in politics and economics. He is committed to helping to dismantle the school-to-prison pipeline. In high school, Zander created an organization to support students struggling with mental health and addiction. Since joining Oxy, he has served as an RA and as a summer intern for U.S. Congressman Mike Quigley. He is currently Oxy’s Sophomore Class Senator. Zander is looking forward to developing his leadership skills and learning from his peers in the Obama Scholars Program. He hopes to pursue law school and run for public office in the future. 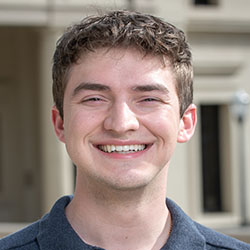 Will Powers ’23: Will is a diplomacy and world affairs major and politics minor from Somerset, Kentucky. He is committed to working to improve the global crisis in primary school enrollment. In high school, Will founded and directed the Student Alliance for Mental Health Innovation and Action, a 501c3 nonprofit dedicated to improving youth mental health through research and policy advocacy. Will has also served as the student advisor to the Kentucky Commissioner of Education, as a leader and researcher for the Kentucky Student Voice Team, as a Development and Programming Associate for the Greater Los Angeles Education Foundation, and as a board member for America’s Promise Alliance and the Highland Park Heritage Trust. Last fall, he served as a Research and Project Management intern at the Brookings Institution Center for Global Economy and Development, and he is currently a Junior Class Senator at Oxy. He looks forward to working with a group of peers in the Obama Scholars Program similarly dedicated to public service and to fostering a community on campus that’s reflective of their shared values. After graduation, Will plans to attend graduate school and focus on researching solutions to global education inequities. 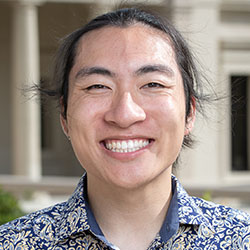 Nathan Tam ’23: Nathan is an Urban and Environmental Policy major from San Francisco. He is committed to ending violence against the AAPI community and to working to make urban spaces and resources more accessible and equitable. On campus, Nathan is a member of the Diversity and Equity Board and participated on the Equity and Justice Committee working to address student concerns and constructing the VP for Diversity and Equity position. As an intern with the Asian Pacific Islander Forward Movement and in collaboration with the Park Equity Alliance, Nathan conducted community-based research, including identifying alternatives to traditional safety options such as law enforcement for local parks. He also conducted research on the caste system and caste discrimination toward Dalits while studying abroad in Nepal during fall 2021. In the Obama Scholars Program, Nathan looks forward to working alongside and collaborating with peers and mentors. After graduation, Nathan plans to pursue a Ph.D. in Social Welfare and to continue his community-based research and leadership. 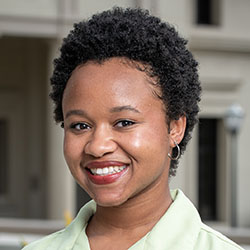 Sunari Weaver-Anderson ’24: Sunari is a first-generation college student from Richmond, California, majoring in politics with a minor in critical theory and social justice. A 5th-generation Bay Area resident, she is committed to increasing access to legal aid for historically underserved communities. Sunari is a UCLA Law Fellow and member of the Diversity and Equity Board and Oxy Law Society. She is also active with the Center for Community-Based Learning. Sunari looks forward to learning from folks in the Obama Scholars Program who have dedicated themselves to empowering marginalized communities, as well as to making connections with those interested in the public good. She is interested in pursuing law school after graduation, among other career prospects.