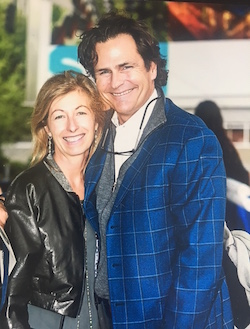 Bruce Blume is founder, owner, and CEO of The Blume Co., a real estate development firm that has helped transform Seattle’s South Lake Union, University, Eastlake and Fremont neighborhoods. Prior to starting his firm in 1982, he worked as an attorney, a clerk for U.S. District Court Chief Judge Walter T. McGover, and as a legislative aide to Sen. Warren G. Magnuson. He is a graduate of Georgetown University Law Center, on whose board of visitors he serves. Blume is a member and former president of the Seattle Parks Foundation board and serves on the board of the Seattle Art Museum and the University of Washington Foundation. Ann Blume serves on the board of trustees of Seattle University and the Common Threads Project. A graduate of Cornell University, Ann is a former staff assistant to U.S. Sen. Bob Packwood of Oregon as well as U.S. Sen. Slade Gorton of Washington.  She will also soon join the visitor board at the Cornell University School of Human Ecology.  The Blumes are co-founders of the Bruce and Ann Blume Fund, which supports public health, educational and environmental endeavors.