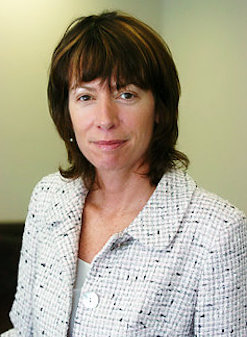 Janette Sadik-Khan is one of the world’s foremost authorities on transportation and urban transformation. She served as New York City’s transportation commissioner from 2007 to 2013 under Mayor Michael Bloomberg, overseeing historic changes to the city’s streets—closing Broadway to cars in Times Square, building nearly 400 miles of bike lanes and creating more than 60 plazas citywide. A founding principal with Bloomberg Associates, she works with mayors around the world to reimagine and redesign their cities. She chairs the National Association of Transportation Officials, implementing new, people-focused street design standards, which have been adopted in 40 cities across the continent. Prior to her appointment by Bloomberg, she worked for the U.S. Department of Transportation and was a senior vice president of the global engineering firm Parsons Brinckerhoff. A political science major at Occidental, she earned her law degree from Columbia University School of Law.