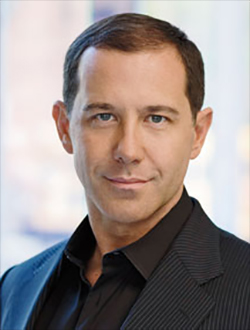 Joe Solmonese is managing director and founding partner of the corporate consulting firm of Gavin/Solmonese, where he heads the corporate engagement practice. Prior to forming Gavin/Solmonese in 2012, Solmonese served for seven years as president of the Human Rights Campaign, where he championed the defeat of the discriminatory Federal Marriage Amendment in 2006, the passage of marriage equality laws in eight states, the repeal of the U.S. military’s “Don’t Ask, Don’t Tell” policy, and the passage of the Matthew Shepard and James Byrd, Jr. Hate Crimes Prevention Act. Prior to HRC, he spent 13 years at EMILY’s List – one of the nation’s largest political action committees – where he served in various roles including CEO. He is the author of The Gift of Anger (2016), in which he details how he developed the ability to harness his anger – especially when dealing with complex, divisive issues – to achieve a stronger, more productive outcome. He is a graduate of Boston University with a degree in communications.

Joe is currently serving as the Transition Chair for Planned Parenthood Federation of America.