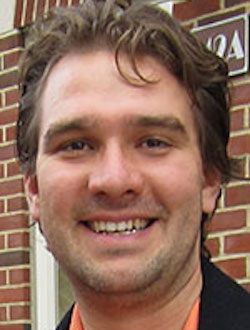 A diplomacy and world affairs major who joined ROTC as a way to pay for college, Matt Tompkins ’01 joined the U.S. Army’s 10th Mountain Division after graduating Phi Beta Kappa, serving as a NATO peacekeeper in Kosovo and on multiple tours in Iraq. He then joined the FBI as a policy specialist and intelligence officer at FBI headquarters in Washington, D.C. and later in San Francisco. For the past four years he has served as a foreign service officer with the U.S. State Department in Guatemala and the Dominican Republic.