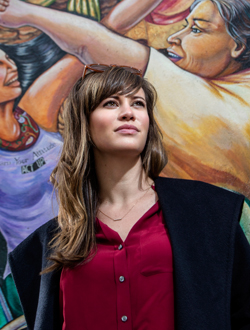 Sara El-Amine PhD (hc) is a progressive senior strategist who was one of the architects of the Obama grassroots movement, playing key roles outside the US White House to pass and implement healthcare reform, minimum wage, marriage equality, gun violence prevention, climate protections, and more during President Obama’s two terms in office. Post-Obama administration, she founded the Change.org Global Foundation and went on to build the advocacy arm of Mark Zuckerberg and Priscilla Chan’s new social impact effort, the Chan Zuckerberg Initiative.

She is currently Head of Community Engagement at Lyft, where she oversees driver, passenger, and local non-profit engagement for the company. She is proudly Lebanese-American and Muslim American, and was raised in the US, Spain, and Lebanon. She graduated from Occidental College in 2007 and received an honorary degree from the college in 2019.