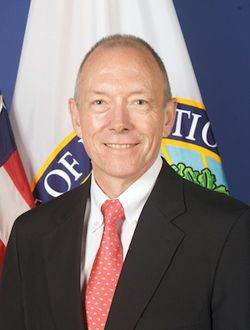 Ted Mitchell became president of the American Council on Education, the major coordinating body for the nation’s colleges and universities, on Sept. 1, 2017. He came to ACE from the U.S. Department of Education, where he served for two years as under secretary of Education, overseeing policies, programs and activities related to postsecondary education; adult, career and technical education; and federal student aid. Mitchell is the former CEO of the NewSchools Venture Fund (2005-2014), which provides seed capital and counsel to leading education entrepreneurs at the K-12 level, and served as the president of the California State Board of Education and on the Stanford University board of trustees. Through his long career in higher education, Mitchell has served as the president of Occidental College (1999-2005); vice chancellor and dean of the UCLA School of Education and Information Studies; and as a professor and chair of the Department of Education at Dartmouth College. Mitchell received his bachelor’s and master’s degrees and Ph.D. from Stanford University.